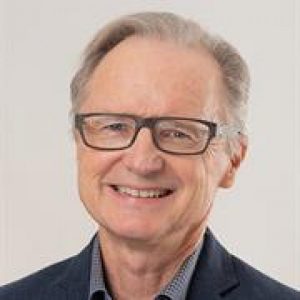 Congratulations to Professor Tim Hughes who has been announced as one of 22 Australians elected as a Fellow of the prestigious Australian Academy of Science for their outstanding contribution to science!

“I was thrilled and honoured to be named a Fellow of the Australian Academy of Science,” he said. “The past two decades has been an exciting time for our CML research team in Adelaide; finding ourselves at the forefront of understanding and treating this fascinating and challenging disease.”

An international expert in the biology and treatment of leukaemia, Professor Hughes led the establishment of the molecular response criteria that are used world-wide to measure response in chronic myeloid leukaemia (CML), and has led to many of the key global and national trials in CML.

“Collaboration through the ALLG with the many haematologists across Australia and New Zealand with a major interest in CML has been critical to the success of our programs,” said Professor Hughes.

Professor Hughes has and continues to have a significant role in leadership to ground breaking clinical trials. He has been integral in transforming CML from a fatal disease to a treatable chronic disease, heralding an exciting new era in cancer therapy.

The CML6 (TIDEL I) study, developed by Professor Tim Hughes and Professor Andrew Grigg, was the first ALLG study to look at optimising the delivery of imatinib in the frontline setting. Commencing in 2002 it completed accrual of 103 patients in 12 months.

CML9 (TIDEL II) continued this strategy of selective intensification of therapy based on time-dependent molecular targets. Professor Tim Hughes and Dr David Yeung ran this study of 210 patients enrolled over a 3.5 years period and has presented early outcome data at the last two ASH meetings.

This theme of dose intensity and the degree of kinase inhibition achieved being critical for initial molecular response and for long-term outcomes has been a common thread developed in numerous correlative studies linked to the ALLG program including many seminal papers from Tim’s collaboration with Prof Deb White.

Professor Sue Branford published a paper in 1999 describing the development of a real-time PCR assay to measure response based on the level of the BCR-ABL transcript, as an alternative to cytogenetic studies in CML. This launched Sue’s lab as one of the few labs internationally that could accurately and sensitively measure molecular response and placed Adelaide at the centre of molecular monitoring developments in CML ever since. This has enabled ALLG, with Tim’s leadership to conduct ambitious and complex trials that are based around the precision and sensitivity of the PCR technology (CML6,8,9,11,12 and CML13).

In more recent years Tim has mentored and support Dr David Yeung in the clinical trial program with CML11, CML12 and the current CML13 ASCEND trial.