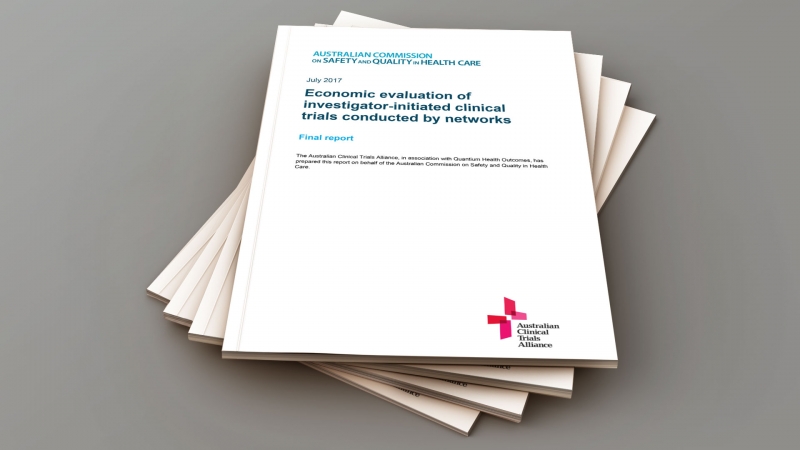 Released in August 2017, by the Australian Commission on Safety and Quality in Health Care and the Australian Clinical Trials Alliance (ACTA), the welcomed report analysed 25 Australian clinical trials initiated by clinicians.

One of the most significant findings was the 5.8:1 benefit-to-cost ratio of clinical trials – meaning that for each $1 invested in clinician-driven clinical trials in Australia, benefits of $5.80 can be realised.

Professor Nik Zeps, from the Australian Clinical Trials Alliance (ACTA) said “the study encompassed the ACTA alliance of collaborative clinical trials groups”, which includes 13 in the area of oncology.

“Essentially the ACTA network is a community of clinicians who are invested in trial results and the translation of research into practice”, said Prof Zeps.

During the investigation, it was found that the cost of clinical trials examining gaps in medical evidence was outweighed almost six to one by the savings that flowed from the health improvements experienced by patients, and the direct savings to the health system and wider economy.

Out of the 25 trials studied in the report, it found that in just two-thirds of the relevant groups of patients for one year, we could save approximately $1.4 billion through improvements in patient health outcomes, and a further $580 million in reductions in health costs.

Clinical Director for the Commission, Dr Robert Herkes said the “findings of the study were significant”.

“The study shows that the bulk of the economic impact of these trials comes from improving patient outcomes as well as improving the safety and quality of health care”, Dr Herkes said.

Until now, there has been no attempt to evaluate formally the consolidated economic impact of trials conducted by dedicated clinical trials networks in Australia. The report finds that not only was there an overall saving of $2 billion, but also that results from the 25 trials only needed to be implemented in 11% of the eligible patient populations for the benefits to exceed costs.

“Australia is a leader in investigator-initiated trials, where clinicians come together to investigate a critical need or evidence gap in the way we look after patients”, said Prof Zeps.

He also added, “There is growing evidence that these trials have a major impact in improving healthcare quality and outcomes on a global scale”.

The report highlights the vital role of investigator-initiated research conducted by clinical trials networks to drive evidence-based improvements to our healthcare system. These improvements ensure clinicians have the best available information to continue to deliver the safest and highest quality standard of patient care.