Follicular lymphoma (FL) is the second most common lymphoma in Australia with approximately 800 new diagnoses per year. While the majority of patients experience prolonged survival, approximately 20 per cent experience early progression and have a very poor prognosis, with 50 per cent dying of lymphoma after 5 years.

Due to the powerful predictive value of post-treatment positron emission tomography-computed tomography (PET/CT) status on survival, testing FL patients for their PET status is still the most appropriate platform to design studies that aim to improve the poor prognosis of patients who remain PET positive, and to measure the benefit of maintenance in patients who become PET negative. 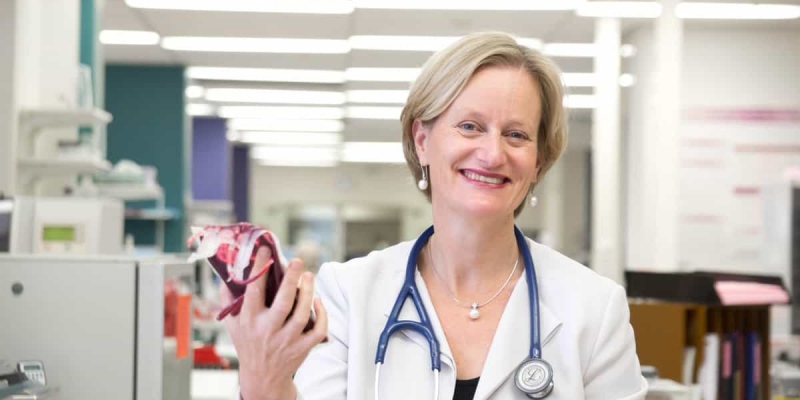 “The PETReA trial, also known as NHL30, will use PET-Response-Adapted therapy, and intends to move beyond a ‘one-size-fits –all’ approach to improve the FL survival rates and patient quality of life.”

“The study was designed to see if good-risk patients who are likely to have a long remission can be spared two years of expensive infusions as well as the associated side effects”, said A/Prof Trotman.

Initiated by the UK NCRI, the ALLG has offered significant input to the design of the study by building on the evidence provided by an Australian-led collaboration that demonstrates the very low relative survival of patients who remain PET positive after induction therapy.

“In Australia, we will be conducting a phase 3 randomised controlled trial in patients with newly diagnosed, advanced FL.”

“After their initial treatment, patients who show signs of persisting lymphoma (positive PET scan) have a very poor survival rate, while those with a negative PET scan have a much better prognosis and are likely to be in remission for many years”, said A/Prof Trotman.

“We are trying to achieve a progression free survival, which is freedom from the follicular lymphoma returning.”

“If the study can confirm the benefit of a PET response adapted approach, it will establish a new standard of care for follicular lymphoma globally”, said A/Prof Trotman.

Other measures will include overall survival, response rate, quality of life and treatment toxicity. Regular sample collection throughout the trial will allow the research team to look for and analyse biomarkers which may be predictors of response to treatment.

The study will begin recruiting in 2019 and aims to recruit at least 840 patients globally with at least 80 to 120 patients being recruited in Australia and New Zealand through ALLG sites for a recruitment period of four years.

We have secured funding from The Snowdome Foundation, and The Leukaemia Foundation with an MRFF application pending.