Lymphoma is a blood cancer affecting white blood cells and develops in the lymphatic system. 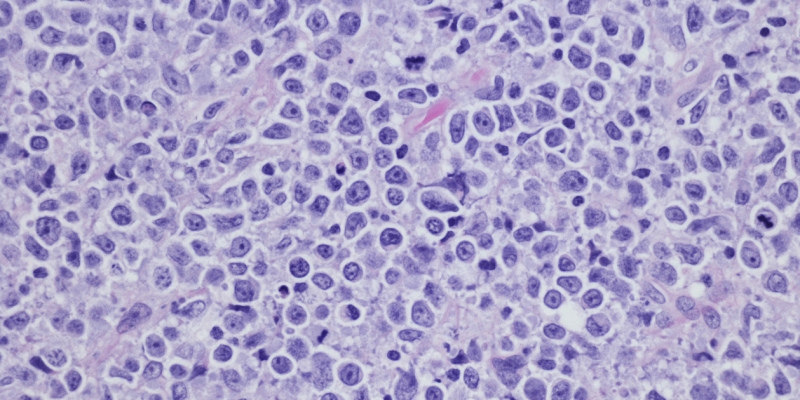 Lymphoma is a general term for cancer of the lymphatic system. The lymphatic system is part of the body’s immune system which protects against disease/infection and it is a network of vessels that run throughout the body, similar to blood vessels. These vessels carry colourless liquid called lymph, which circulates nutrients, waste and white blood cells around the body.

Lymphoma arises when developing lymphocytes (a type of white blood cell) undergo a malignant (cancerous) change and multiply in an uncontrolled way. The big problem is that these cells start to divide before they are fully mature. This means they can’t fight infection as normal white blood cells do. Another problem is that the abnormal lymphocytes start to collect in the lymph nodes (located in all parts of the body, but most easily found in the neck, armpit and groin) or in other parts of the body such as the bone marrow, spleen or other organs. These collections of lymphoma cells can grow into tumours and begin to cause problems within the lymphatic system or the organ in which they are growing. For example, if a lymphoma starts in the thyroid gland it can affect the normal production of thyroid hormones. Over time, lymphoma cells replace normal lymphocytes, weakening the immune system’s ability to fight infection.

This is a rare form of lymphoma characterised by a particular abnormal tumour cell – Reed Sternberg – not present in other forms of lymphoma.

ABOUT US
Memberships
Donations
Participate in a Trial